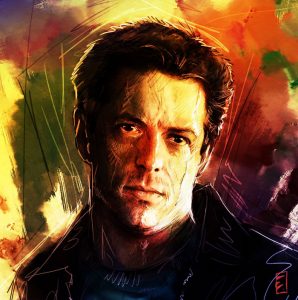 Richard Thomas is the award-winning author of seven books: three novels—Disintegration and Breaker (Random House Alibi), and Transubstantiate (Otherworld Publications); three short story collections—Staring Into the Abyss (Kraken Press), Herniated Roots (Snubnose Press), and Tribulations (Cemetery Dance); as well as one novella in The Soul Standard (Dzanc Books). With over 100 stories published, his credits include Cemetery Dance, PANK, storySouth, Gargoyle, Weird Fiction Review, Midwestern Gothic, Arcadia, Qualia Nous, Chiral Mad 2 & 3, and Shivers VI (with Stephen King and Peter Straub). He has won contests at ChiZine and One Buck Horror, and has received five Pushcart Prize nominations to date. He is also the editor of four anthologies: The New Black and Exigencies (Dark House Press), The Lineup: 20 Provocative Women Writers (Black Lawrence Press) and Burnt Tongues (Medallion Press) with Chuck. He has been nominated for the Bram Stoker, Shirley Jackson, and Thriller awards. In his spare time he is a columnist at LitReactor and Editor-in-Chief at Gamut Magazine. 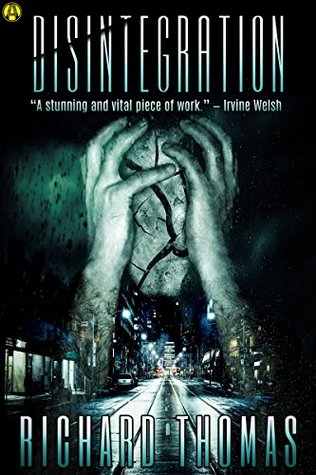 In a brilliantly stylish breakthrough thriller for fans of Bret Easton Ellis’s American Psycho and Will Christopher Baer’s Kiss Me, Judas, here is the compelling tale of a man who has lost it all—and is now navigating a crooked, harrowing path to redemption.

Once a suburban husband and father, now the man has lost all sense of time. He retains only a few keepsakes of his former life: a handmade dining room table, an armoire and dresser from the bedroom, and a tape of the last message his wife ever left on their answering machine. These are memories of a man who no longer exists. Booze and an affair with a beautiful woman provide little relief, with the only meaning left in his life coming from his assignments. An envelope slipped under the door of his apartment with the name and address of an unpunished evildoer. The unspoken directive to kill. And every time he does, he marks the occasion with a memento: a tattoo. He has a lot of tattoos.

But into this unchanging existence seep unsettling questions. How much of what he feels and sees can he trust? How much is a lie designed to control him? He will risk his own life—and the lives of everyone around him—to find out. 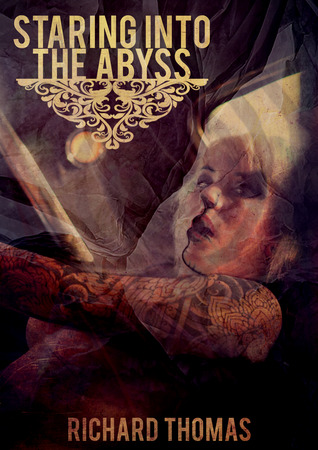 Staring Into the Abyss

As Friedrich Nietzsche said, “Battle not with monsters lest ye become a monster; and if you gaze into the abyss the abyss gazes into you.” In this collection of short stories Richard Thomas shows us in dark, layered prose the human condition in all of its beauty and dysfunction. A man sits in a high tower making tiny, mechanical birds, longing for the day when he might see the sky again. A couple spends an evening in an underground sex club where jealousy and possession are the means of barter. A woman is victimized as a child, and turns that rage and vengeance into a lifelong mission, only to self-destruct, and become exactly what she battled against. A couple hears the echo of the many reasons they’ve stayed together, and the one reason the finally have to part. And a boy deals with a beast that visits him on a nightly basis, not so much a shadow, as a fixture in his home. These 20 stories will take you into the darkness, and sometimes bring you back. But now and then there is no getting out, the lights have faded, the pitch black wrapping around you like a festering blanket of lies. What will you do now? It’s eat or be eaten—so bring a strong stomach and a hearty appetite.

I was a ghost, a skeletal frame of bones and sweat, a distraction for a night, barely something to cling to in the dark, a blank canvas on which to project whoever it was that they actually desired… I was a way station, a stopping-off point, to fill up and get off and move on.

We trigger each other, it seems, some dysfunctional Rube Goldberg mousetrap, a laugh, then a slap, a razor gliding over a mirror, a glass filled, a glass emptied, a ball rolling down a length of pipe, a pipe filling up and overflowing with smoke. On our best days, we see each other for all that we are, and we find a way to make each other better.

Sometimes they run. Those are the ones I find out in the dive bars, the sex clubs, the dark reflections in the night. They are always looking over their shoulders, because the evil of their acts is like a black halo ringing their heads, neon flashing vacancy, broken burnt-out letters, incomplete.