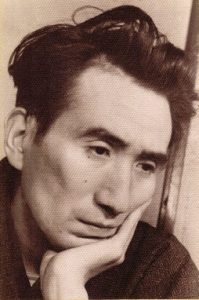 太宰 治, real name Shūji TSUSHIMA) was a Japanese author who is considered one of the foremost fiction writers of 20th-century Japan. A number of his most popular works, such as Shayō (The Setting Sun) and Ningen Shikkaku (No Longer Human), are considered modern-day classics in Japan.
With a semi-autobiographical style and transparency into his personal life, Dazai’s stories have intrigued the minds of many readers. His books also bring about awareness to a number of important topics such as human nature, mental illness, social relationships, and postwar Japan. 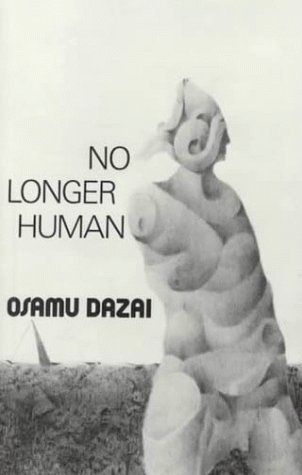 Osamu Dazai’s No Longer Human, this leading postwar Japanese writer’s second novel, tells the poignant and fascinating story of a young man who is caught between the breakup of the traditions of a northern Japanese aristocratic family and the impact of Western ideas. In consequence, he feels himself “disqualified from being human” (a literal translation of the Japanese title).

Donald Keene, who translated this and Dazai’s first novel, The Setting Sun, has said of the author’s work: “His world … suggests Chekhov or possibly postwar France, … but there is a Japanese sensibility in the choice and presentation of the material. A Dazai novel is at once immediately intelligible in Western terms and quite unlike any Western book.” His writing is in some ways reminiscent of Rimbaud, while he himself has often been called a forerunner of Yukio Mishima. 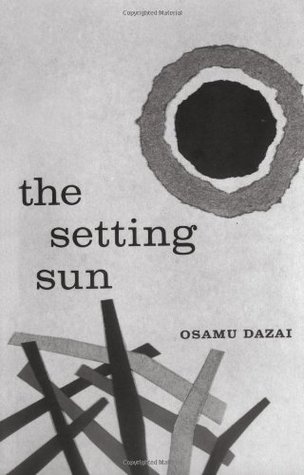 The post-war period in Japan was one of immense social change as Japanese society adjusted to the shock of defeat and to the occupation of Japan by American forces and their allies. Osamu Dazai’s The Setting Sun takes this milieu as its background to tell the story of the decline of a minor aristocratic family.

The story is told through the eyes of Kazuko, the unmarried daughter of a widowed aristocrat. Her search for self meaning in a society devoid of use for her forms the crux of the novel. It is a sad story, and structurally is a novel very much within the confines of the Japanese take on the novel in a way reminiscent of authors such as Nobel Prize winner Yasunori Kawabata – the social interactions are peripheral and understated, nuances must be drawn, and for readers more used to Western novelistic forms this comes across as being rather wishy-washy.

Kazuko’s mother falls ill, and due to their financial circumstances they are forced to take a cottage in the countryside. Her brother, who became addicted to opium during the war is missing. When he returns, Kazuko attempts to form a liaison with the novelist Uehara. This romantic displacement only furthers to deepen her alienation from society.

This I want to believe implicitly: Man was born for love and revolution.

What did he mean by “society”? The plural of human beings?

Whenever I was asked what I wanted my first impulse was to answer “Nothing.” The thought went through my mind that it didn’t make any difference, that nothing was going to make me happy.

The weak fear happiness itself. They can harm themselves on cotton wool. Sometimes they are wounded even by happiness