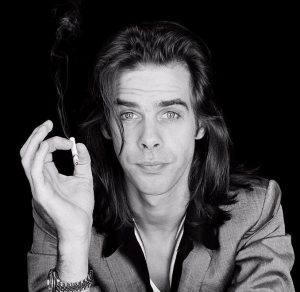 Nicholas Edward Cave is an Australian musician, songwriter, author, screenwriter, and occasional actor. He is best known for his work in the rock band Nick Cave and the Bad Seeds, and his fascination with American music and its roots. He has a reputation, which he disowns, for singing dark, brooding songs which some listeners regard as depressing. His music is characterised by intensity, high energy and a wide variety of influences. He currently lives in Brighton & Hove in England.

Cave released his first book King Ink, in 1988. It is a collection of lyrics and plays, including collaborations with American enfant terrible Lydia Lunch.

While he was based in West Berlin, Cave started working on what was to become his debut novel, And the Ass Saw the Angel (1989). Significant crossover is evident between the themes in the book and the lyrics Cave wrote in the late stages of the Birthday Party and the early stage of his solo career. “Swampland”, from Mutiny, in particular, uses the same linguistic stylings (‘mah’ for ‘my’, for instance) and some of the same themes (the narrator being haunted by the memory of a girl called Lucy, being hunted like an animal, approaching death and execution). A collectors’ limited edition of the book appeared in 2007. 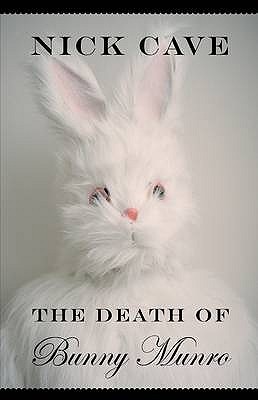 The Death of Bunny Munro

Set adrift by his wife’s sudden death and struggling to keep a grip on reality, Bunny Munro does the only thing he can think of – with his young son in tow, he hits the road. An epic chronicle of one man’s judgement and death, “The Death of Bunny Munro” is an achingly tender portrait of the relationship between father and son. 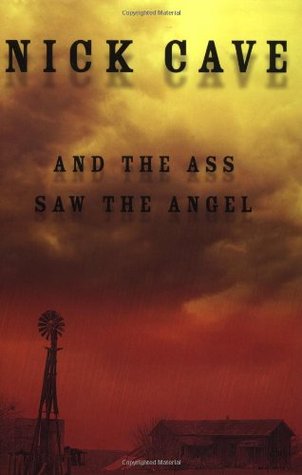 And the Ass Saw the Angel

Cave’s only novel to date takes on the southern gothic in this bizarre baroque tale. Born mute to a drunken mother and a demented father, tortured Euchrid Eucrow finds more compassion in the family mule than in his fellow men. But he alone will grasp the cruel fate of Cosey Mo, the beautiful young prostitute in the pink caravan on Hooper’s Hill. And it is Euchrid, spiraling ever deeper into his mad angelic vision, who will ultimately redeem both the town and its people.

Inspiration is a word used by people who aren’t really doing anything.

I am damned,’ thinks Bunny Munro in a sudden moment of self-awareness reserved for those who are soon to die.

People think I’m a miserable sod but it’s only because I get asked such bloody miserable questions.

And Satan sighed and shook his head, played harp amongst the flames. ‘It’s Hell up there in Heaven too, for all that that is worth. Heaven is just a lie of mine to make it Hell on Earth.

I’ve always had an obligation to creation, above all.