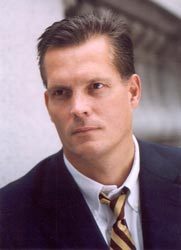 Mark Lindquist was born and raised in the Pacific Northwest. He attended the University of Washington, then transferred to the University of Southern California in Los Angeles. After graduating, he worked as a copy writer for a movie studio. His first novel, Sad Movies, was based on this. Newsday called it, “Perceptive and hilarious … one of the best sketches about a young man’s attempt to find himself since The Graduate.” It became a bestseller for Atlantic Monthly Press and was published in six languages.

Mark’s second novel, Carnival Desires, published in 1990 by Atlantic Monthly Press and now available on Kindle at Amazon, chronicled his Hollywood experience. Details magazine called it, “Great postmodern literature. Romantic and cynical, true and original, full of modern ideas and seductive moments… as of its time as such classics as Day of the Locust and The Last Tycoon.” Vanity Fair called it a “witty minimalist epic” with “the smart, spare prose only an outsider on the Hollywood inside can afford.”

Shortly thereafter, he moved back to the Northwest and went to law school. In 1995, while still working as an author, he became a deputy prosecutor in Pierce County, Washington.

In July of 2000 People magazine named Mark as one of the “100 Most Eligible Bachelors” in the country. That same year his third novel, Never Mind Nirvana, was published by Random House/Villard, and has been subsequently published in five other languages. Bret Easton Ellis wrote, “One of my favorite writers is back with a beautifully paced, original novel which moves so fast that once you start reading it becomes impossible to stop…. I totally welcome his return.” Peter Buck of R.E.M. wrote, “Hip deep in music, Never Mind Nirvana is a telling inside view that perfectly captures the rhythms and sights of late-nineties Seattle.” NMN was well reviewed everywhere from the New York Times Book Review to the Washington Post to the Detroit News to the LA Weekly.

In 2004 Mark became the trial team chief of the drug unit for the Prosecutor’s Office and focused on aggressively prosecuting methamphetamine labs. Since that time meth labs have been reduced by over 95% in Pierce County. Mark was also one of the deputy prosecutors who convicted the Tacoma mall shooter. He has successfully prosecuted murder, rape, drive-by shootings, child abuse, domestic violence and many other crimes.

Here is a Washington Law & Politics article about how Mark as an author and a prosecutor and the relationship between his writing and his trial work.

Mark’s fourth novel, The King of Methlehem, was published by Simon & Schuster in May of 2007. By the end of the month it was on the Pacific Northwest Bestseller list. The paperback was published in May of 2008.  Mark is working on a follow-up.

He continues to write book reviews and also writes a column, Zen Lawyer, for the Tacoma Pierce County Bar News. His agent is putting the columns together for a possible book. Meanwhile, you can read some of the chapters in the blog section of this site. Chapter 10, for example, features a crash course on one-minute meditation. 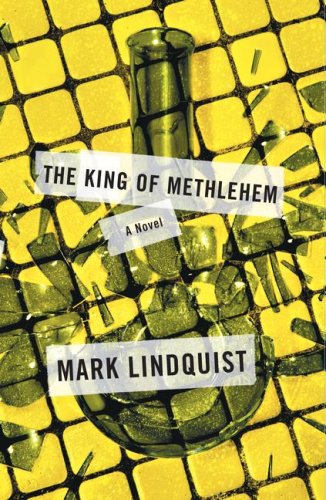 From a widely acclaimed author and prominent prosecutor, an electrifying novel that deftly penetrates America’s latest and fastest-growing drug epidemicDetective Wyatt James is a veteran police officer with the Meth Lab team in Pierce County, Washington — an epicenter of methamphetamine production. At the core of the local meth problem is the elusive, self-proclaimed “King of Meth-lehem.” The king moves from one shelter to another, relying on the kindness and desperation of a variety of women. He’s the top meth cook in the region, a dangerously successful identity thief, and he travels under a number of famous aliases, among them Lars Ulrich, Peter Farrelly, Ted Nugent, and most recently Howard Schultz.

Wyatt has been chasing Howard relentlessly, but the pursuit has become a fixation that threatens to destroy Wyatt’s personal life and disrupt the lives of his bookish girlfriend, Suki, who just moved into his loft, and his best friend, Mike, a prosecutor — and perhaps involve them all in a dangerously volatile situation. Neither Suki nor Mike nor Wyatt’s supervisor seems able to deter him from his obsessive hunt.

Though Wyatt is closing in on him, Howard is on the verge of a breakthrough as he transforms his small-time “guerrilla” cooking into a large-scale meth lab. As he becomes more ambitious, plotting to stay one move ahead of Wyatt and rival dealers, he descends to fascinating levels of addiction, paranoia, egoism, and madness. His newfound success forces him to take greater risks, and his list of enemies becomes more extensive and more dangerous. The king will not go down without a fight.

With startling precision and compelling prose, the author of “Never Mind Nirvana”once again brings his insight and wit to a topical slice of our popular culture. Lindquist takes us deep into the heart of what has become America’s most dangerous drug epidemic, exposing the complex and horrifying lengths to which addicts — tweekers — will go for their meth, as well as the extraordinary challenges that society faces in eradicating a nationwide plague. 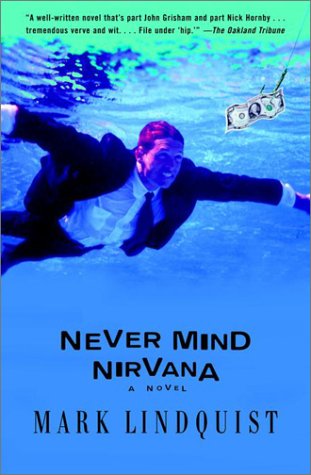 Pete Tyler is at a crossroads. Eight years ago he dropped out of a seminal Seattle grunge band to try his hand at a more grown-up calling. Now he’s thirty-six (“almost forty!”), a deputy prosecutor (a suit), still hanging out at the same clubs he played ten years ago (the ones that haven’t shut down), and still dating the same kind of girls (except now they tell him how much their older sisters loved his band).

Pete decides it’s time to get married—he just doesn’t know to whom. Possibilities include Beth, his first love, who has disappeared; Winter, his on-and-off stripper girl-friend, who has been living the grunge life too long; and Esme´, a Sub Pop A&R executive who has some life decisions of her own to make. When a date-rape case lands on his desk—the accused is a local rocker Pete’s age, the accuser an eighteen-year-old from the scene—Pete finds his past and present facing him from both sides of the aisle, and he finally has to decide where he stands.

Pete Tyler is a cooler version of Everyguy, and Never Mind Nirvana is a hilarious and unexpectedly moving story of a man with one foot stuck in adolescence and the other planted in adulthood. Richly textured with references to classic rock and the music of Seattle’s legendary alternative rock scene, it is also a fascinating, bittersweet riff on a particularly American zeitgeist.