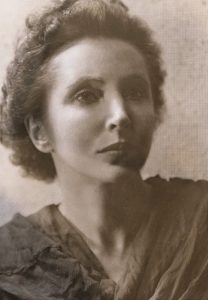 French-born novelist, passionate eroticist and short story writer, who gained international fame with her journals. Spanning the years from 1931 to 1974, they give an account of one woman’s voyage of self-discovery. “It’s all right for a woman to be, above all, human. I am a woman first of all.” (from The Diary of Anaïs Nin, vol. I, 1966)

Anaïs Nin was largely ignored until the 1960s. Today she is regarded as one of the leading female writers of the 20th century and a source of inspiration for women challenging conventionally defined gender roles. 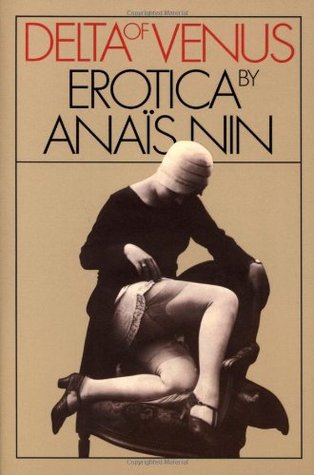 In Delta of Venus, Anais Nin pens a lush, magical world where the characters of her imagination possess the most universal of desires and exceptional of talents. Among these provocative stories, a Hungarian adventurer seduces wealthy women then vanishes with their money; a veiled woman selects strangers from a chic restaurant for private trysts; and a Parisian hatmaker named Mathilde leaves her husband for the opium dens of Peru.

“The genesis of House of Incest was in the dream. The keeping of dreams was an important part of that exploration of the unconscious. But I discovered dreams in themselves, isolated, were not always interesting. Very few of them had the complete imagery and tension to arouse others’ interest. They were fragmented. The surrealists delighted in the image themselves. This was satisfying to the painters and to the film-makers. But to the novelist concerned with human character dramas, they seemed ephemeral and vaporous. They had to be connected with life. It was psychoanalysis which revealed to me the constant interaction of dream and action. It was a phrase of Jung’s which inspired me to write House of Incest. He said: “Proceed from the dream outward.” In other words, it was essentially a matter of precedence. To capture the drama of the unconscious, one had to start with the key, and the key was the dream. But the novelist’s task was to pursue this dream, to unravel its meaning; the goal was to reach the relation of dream to life; the suspense was in finding this which led to a deeper significance of our acts.

“Meanwhile a batch of dreams kept for a year served as a takeoff for House of Incest. They supplied the atmosphere, its climate and texture. At the same time I discovered that the dream had to be expanded, recreated, could not be told literally for then it became as flat and one-dimensional as representational realism. One had to find a language for it, a way of describing atmosphere, the colors and textures in which it moved. ”

“The dream taught me not only the delight of sensory images, but the fact, far more vital, that they led directly into this realm of the unconscious which Joyce, Virginia Woolf, and Proust attained in various ways—Joyce by free association, with words, play on words, Proust by trusting the free associative process of memory and staying lingeringly in the realm between sleep and waking which resembles the waking dream, Virginia Woolf by accepting the vision of the poet as reality.

House of Incest was, like a poem, visionary symbolic dream sequences which were woven together.”

Originally published in 1936, House of Incest is Anais Nin’s first work of fiction. The novel is a surrealistic look within the narrator’s subconscious mind as she attempts to escape from a dream in which she is trapped, or in Nin’s words, as she attempts to escape from “the woman’s season in hell.” In the documentary Anais Observed, Nin says House of Incest was based on dreams she’d had for more than a year.Nin’s usage of the word incest in this case is metaphorical, not literal. In this book the word incest describes a selfish love where one can appreciate in another only that which is similar to oneself. One is then only loving oneself, shunning all differences. At first, such a self-love can seem ideal because it is without fear and without risk. But eventually it becomes a sterile nightmare.

How wrong is it for a woman to expect the man to build the world she wants, rather than to create it herself?

We don’t see things as they are, we see them as we are.

I am only responsible for my own heart, you offered yours up for the smashing my darling. Only a fool would give out such a vital organ

Love never dies a natural death. It dies because we don’t know how to replenish its source. It dies of blindness and errors and betrayals. It dies of illness and wounds; it dies of weariness, of witherings, of tarnishings.

Life shrinks or expands in proportion to one’s courage.

Ordinary life does not interest me.

I, with a deeper instinct, choose a man who compels my strength, who makes enormous demands on me, who does not doubt my courage or my toughness, who does not believe me naïve or innocent, who has the courage to treat me like a woman.

We write to taste life twice, in the moment and in retrospect.