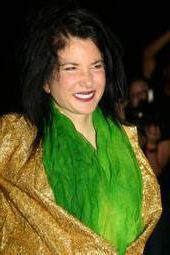 Tama Janowitz is an American novelist and a short story writer. The 2005 September/October issue of Pages magazine listed her as one of the four “brat pack” authors, along with Bret Easton Ellis, Mark Lindquist and Jay McInerney.

Born in San Francisco, California to a psychiatrist father and literature professor mother who divorced when she was ten, Janowitz moved to the East Coast of the United States to attend Barnard College and the Columbia University School of the Arts and started writing about life in New York City, where she had settled down.

She socialized with Andy Warhol and became well-known in New York’s literary and social circles. Her 1986 collection of short stories, Slaves of New York brought her wider fame. Slaves of New York was adapted into a 1989 film directed by James Ivory and starring Bernadette Peters. Janowitz wrote the screenplay and also appeared, playing Peters’ friend.

Janowitz has published seven novels, one collection of stories and one work of non-fiction. She lives in Brooklyn with her husband, Tim Hunt, and their adopted daughter. 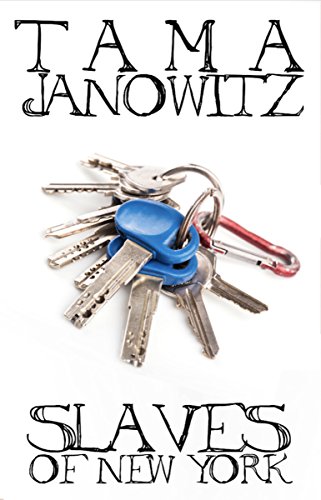 A coterie of artists, prostitutes, saints, and seers are all aspiring towards fame and hoping for love and acceptance. Instead they find high rents, faithless partners, and dead-end careers. Offbeat, funny and bitingly satirical, “Slaves of New York” sheds an incomparable light on the city’s denizens and social mores. 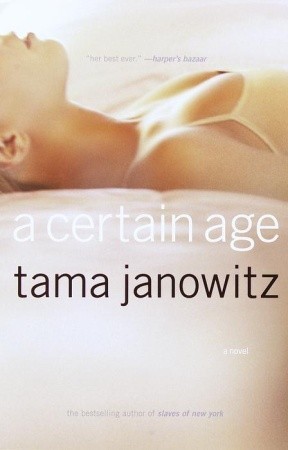 From the bestselling author of Slaves of New York comes a hilarious, clear-eyed, satiric novel about the sad plight of a misguided woman on the make in Manhattan. Thirty-two-year-old Florence Collins is an “aging filly-about-town”–still beautiful enough to be (sometimes) invited to the best parties and the right restaurants, but unmarried and rapidly going broke. In her world, marriage to a wealthy man is all that can save her, although Florence’s hard-hearted search for security and status takes her on an inevitable downward spiral.

New York “society novels” at the turn of the nineteenth century gave us a piercing look at the world and rituals of the city’s wealthy; Janowitz here casts that tradition in a fresh light, giving us a turn-of-the-century society novel that demonstrates how little seems to have changed. In a sly and unforgettable portrait of New York’s haute monde, Janowitz brilliantly evokes a young woman’s struggle for love and survival in the city that is as unforgiving today as it was a hundred years ago.

I had a hunger for things I knew realistically I didn’t actually care for.

I don’t like him…he makes me feel like he’s going to throw me in a coffin and walk around on top of it.