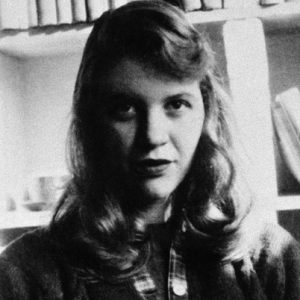 Known primarily for her poetry, Plath also wrote a semi-autobiographical novel, The Bell Jar, under the pseudonym Victoria Lucas. The book’s protagonist, Esther Greenwood, is a bright, ambitious student at Smith College who begins to experience a mental breakdown while interning for a fashion magazine in New York. The plot parallels Plath’s experience interning at Mademoiselle magazine and subsequent mental breakdown and suicide attempt.

Along with Anne Sexton, Plath is credited with advancing the genre of confessional poetry initiated by Robert Lowell and W.D. Snodgrass. Despite her remarkable artistic, academic, and social success at Smith, Plath suffered from severe depression and underwent a period of psychiatric hospitalization. She graduated from Smith with highest honours in 1955 and went on to Newnham College, Cambridge, in England, on a Fulbright fellowship. Here she met and married the English poet Ted Hughes in 1956. For the following two years she was an instructor in English at Smith College.

In 1960, shortly after Plath and Hughes returned to England from America, her first collection of poems appeared as The Colossus. She also gave birth to a daughter, Frieda Rebecca. Hughes’ and Plath’s son, Nicholas Farrar, was born in 1962.

Plath took her own life on the morning of February 11, 1963. Leaving out bread and milk, she completely sealed the rooms between herself and her sleeping children with “wet towels and cloths.” Plath then placed her head in the oven while the gas was turned on. 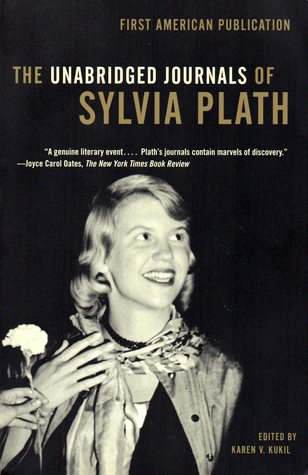 The Unabridged Journals of Sylvia Plath

Sylvia Plath’s journals were originally published in 1982 in a heavily abridged version authorized by Plath’s husband, Ted Hughes. This new edition is an exact and complete transcription of the diaries Plath kept during the last twelve years of her life. Sixty percent of the book is material that has never before been made public, more fully revealing the intensity of the poet’s personal and literary struggles, and providing fresh insight into both her frequent desperation and the bravery with which she faced down her demons. The complete Journals of Sylvia Plath is essential reading for all who have been moved and fascinated by Plath’s life and work. 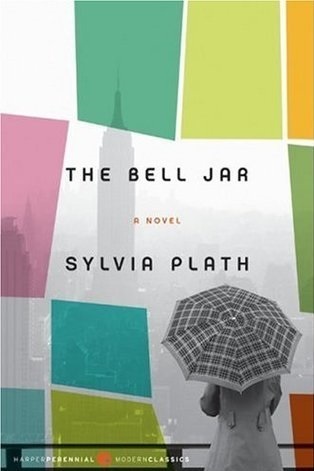 Sylvia Plath’s shocking, realistic, and intensely emotional novel about a woman falling into the grip of insanity.

Esther Greenwood is brilliant, beautiful, enormously talented, and successful, but slowly going under—maybe for the last time. In her acclaimed and enduring masterwork, Sylvia Plath brilliantly draws the reader into Esther’s breakdown with such intensity that her insanity becomes palpably real, even rational—as accessible an experience as going to the movies. A deep penetration into the darkest and most harrowing corners of the human psyche, The Bell Jar is an extraordinary accomplishment and a haunting American classic.

And by the way, everything in life is writable about if you have the outgoing guts to do it, and the imagination to improvise. The worst enemy to creativity is self-doubt.

The silence depressed me. It wasn’t the silence of silence. It was my own silence.

Kiss me, and you will see how important I am.

I can never read all the books I want; I can never be all the people I want and live all the lives I want. I can never train myself in all the skills I want. And why do I want? I want to live and feel all the shades, tones and variations of mental and physical experience possible in my life. And I am horribly limited.

Perhaps when we find ourselves wanting everything, it is because we are dangerously close to wanting nothing.

Is there no way out of the mind?

I took a deep breath and listened to the old brag of my heart. I am, I am, I am.

If you expect nothing from somebody you are never disappointed.