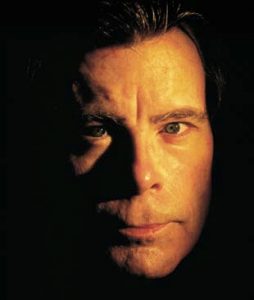 In his introduction to The Bachman Books, King states that adopting the nom de plume Bachman was also an attempt to make sense out of his career and try to answer the question of whether his success was due to talent or luck. He says he deliberately released the Bachman novels with as little marketing presence as possible and did his best to “load the dice against” Bachman. King concludes that he has yet to find an answer to the “talent versus luck” question, as he felt he was outed as Bachman too early to know. The Bachman book Thinner (1984) sold 28,000 copies during its initial run—and then ten times as many when it was revealed that Bachman was, in fact, King.

The pseudonym King originally selected (Gus Pillsbury) is King’s maternal grandfather’s name, but at the last moment King changed it to Richard Bachman. Richard is a tribute to crime author Donald E. Westlake’s long-running pseudonym Richard Stark. (The surname Stark was later used in King’s novel The Dark Half, in which an author’s malevolent pseudonym, “George Stark”, comes to life.) Bachman was inspired by Bachman–Turner Overdrive, a rock and roll band King was listening to at the time his publisher asked him to choose a pseudonym on the spot.

King provided biographical details for Bachman, initially in the “about the author” blurbs in the early novels. Known “facts” about Bachman were that he was born in New York, served a four-year stint in the Coast Guard, which he then followed with ten years in the merchant marine. Bachman finally settled down in rural central New Hampshire, where he ran a medium-sized dairy farm, writing at night. His fifth novel was dedicated to his wife, Claudia Inez Bachman, who also received credit for the bogus author photo on the book jacket. Other “facts” about the author were revealed in publicity dispatches from Bachman’s publishers: the Bachmans had one child, a boy, who died in an unfortunate, Stephen King-ish type accident at the age of six, when he fell through a well and drowned. In 1982, a brain tumour was discovered near the base of Bachman’s brain; tricky surgery removed it. After Bachman’s true identity was revealed, later publicity dispatches (and about the author blurbs) revealed that Bachman died suddenly in late 1985 of “cancer of the pseudonym, a rare form of schizonomia”.

King dedicated Bachman’s early books—Rage (1977), The Long Walk (1979), Roadwork (1981), and The Running Man (1982)—to people close to him. The link between King and his shadow writer was exposed after a Washington, D.C. bookstore clerk, Steve Brown, noted similarities between the writing styles of King and Bachman. Brown located publisher’s records at the Library of Congress which included a document naming King as the author of one of Bachman’s novels. Brown wrote to King’s publishers with a copy of the documents he had uncovered, and asked them what to do. Two weeks later, King telephoned Brown personally and suggested he write an article about how he discovered the truth, allowing himself to be interviewed. King has taken full ownership of the Bachman name on numerous occasions, as with the republication of the first four Bachman titles as The Bachman Books: Four Early Novels by Stephen King in 1985. The introduction, titled “Why I Was Bachman,” details the whole Bachman/King story. 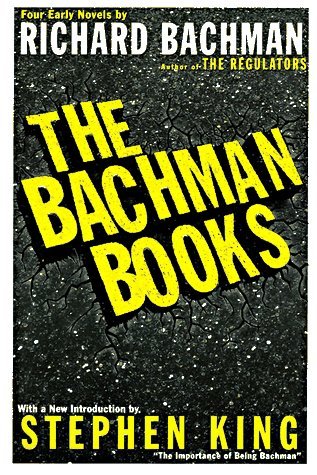 Written under the nom de plume “Richard Bachman”, here are four early novels by bestselling author Stephen King: RAGE, a story of stunning psychological horror; THE LONG WALK, the tale of a macabre marathon; ROADWORK, a variation on the theme of “Home Sweet Home”; and THE RUNNING MAN, a nightmare vision of a ghoulish game show in which you bet your life–literally.

All places are the same unless your mind changes. There’s no magic place to get your mind right. If you feel like shit, everything you see looks like shit.

Lunacy is when you can’t see the seams where they stitched the world together anymore.

The longer you went without speaking, the harder it gets to break the silence.

That was Dad’s life, and I was the birdshit on his windshield.

The definition of an asshole is a guy who doesn’t believe what he’s seeing.

None of us really has anything to lose. That makes it easier to give away.