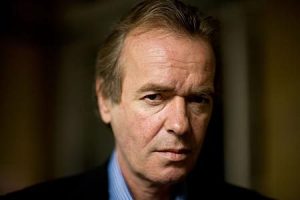 Martin Amis is an English novelist, essayist and short story writer. His works include the novels Money, London Fields and The Information. The Guardian writes that “all his critics have noted what Kingsley Amis [his father] complained of as a ‘terrible compulsive vividness in his style… that constant demonstrating of his command of English’; and it’s true that the Amis-ness of Amis will be recognisable in any piece before he reaches his first full stop.”

Amis’s raw material is what he sees as the absurdity of the postmodern condition with its grotesque caricatures. He has thus sometimes been portrayed as the undisputed master of what the New York Times has called “the new unpleasantness.” 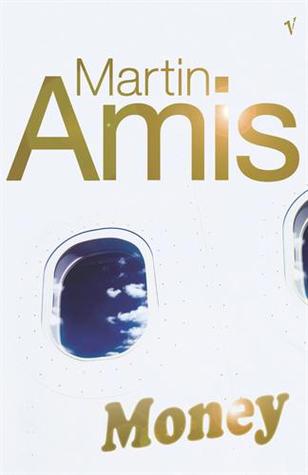 One of Time’s 100 best novels in the English language—by the acclaimed author of Lionel Asbo: State of England and London Fields

Part of Martin Amis’s “London Trilogy,” along with the novel London Fields and The Information, Money was hailed as “a sprawling, fierce, vulgar display” (The New Republic) and “exhilarating, skillful, savvy” (The Times Literary Supplement) when it made its first appearance in the mid-1980s. Amis’s shocking, funny, and on-target portraits of life in the fast lane form a bold and frightening portrait of Ronald Reagan’s America and Margaret Thatcher’s England.

Money is the hilarious story of John Self, one of London’s top commercial directors, who is given the opportunity to make his first feature film—alternately titled Good Money and Bad Money. He is also living money, talking money, and spending money in his relentless pursuit of pleasure and success. As he attempts to navigate his hedonistic world of drinking, sex, drugs, and excessive quantities of fast food, Self is sucked into a wretched spiral of degeneracy that is increasingly difficult to surface from. 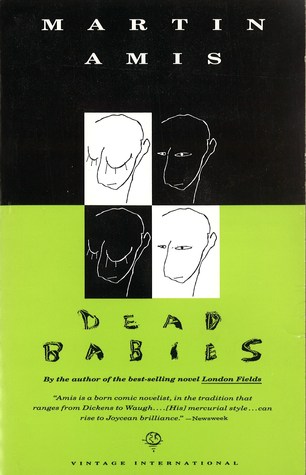 If the Marquis de Sade were to crash one of P.G. Wodehouse’s house parties, the chaos might resemble the nightmarishly funny goings-on in this novel by the author of London Fields. The residents of Appleseed Rectory have primed themselves both for a visit from a triad of Americans and a weekend of copious drug taking and sexual gymnastics. There’s even a heifer to be slugged and a pair of doddering tenants to be ingeniously harassed. But none of these variously bright and dull young things has counted on the intrusion of “dead babies” — dreary spasms of reality. Or on the uninvited presence of a mysterious prankster named Johnny, whose sinister idea of fun makes theirs look like a game of backgammon. 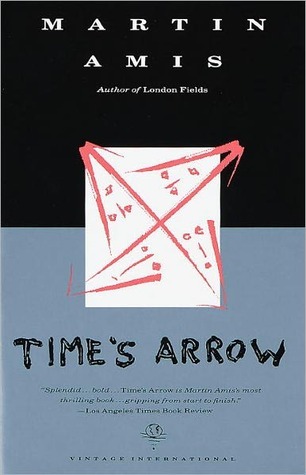 In Time’s Arrow the doctor Tod T. Friendly dies and then feels markedly better, breaks up with his lovers as a prelude to seducing them, and mangles his patients before he sends them home. And all the while Tod’s life races backward toward the one appalling moment in modern history when such reversals make sense. 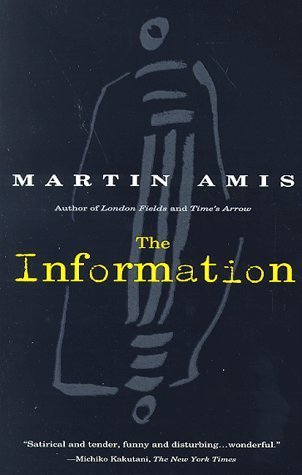 Fame, envy, lust, violence, intrigues literary and criminal – they’re all here in The Information. How does one writer hurt another writer? This is the question novelist Richard Tull mills over, for his friend Gwyn Barry has become a darling of book buyers, award committees, and TV interviewers, even as Tull himself sinks deeper into the sub-basement of literary failure. The only way out of this predicament, Tull believes, is the plot the demise of Barry.

He awoke at six, as usual. He needed no alarm clock. He was already comprehensively alarmed.

The universe is a million billion light-years wide, and every inch of it would kill you if you went there. This is the position of the universe with regards to human life.

Closure is a greasy little word which, moreover, describes a nonexistent condition. The truth, Venus, is that nobody gets over anything.

Love is an abstract noun, something nebulous. And yet love turns out to be the only part of us that is solid, as the world turns upside down and the screen goes black.

When the past is forgotten, the present is unforgettable

And meanwhile time goes about its immemorial work of making everyone look and feel like shit.