M. Ageyev is the nom-de-plume of Marc Levi. His best-known work, Novel With Cocaine was published in 1934 in the Parisian émigré publication, Numbers. Nikita Struve has alleged it to be the work of another Russian author employing a pen name, Vladimir Nabokov; this idea was debunked by Nabokov’s son Dmitry in his preface to The Enchanter.

Levi’s life is shrouded in mystery and conjecture. He returned to the U.S.S.R. in 1942 and spent the rest of his life in Yerevan, where he died on August 5, 1973. 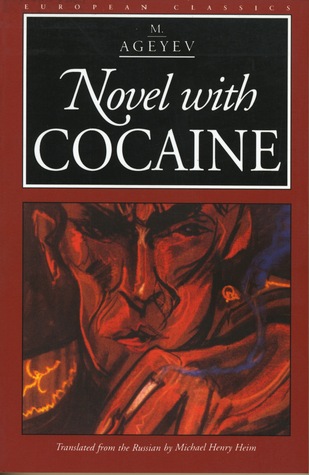 A Dostoevskian psychological novel of ideas, Novel with Cocaine explores the interaction between psychology, philosophy, and ideology in its frank portrayal of an adolescent’s cocaine addiction. The story relates the formative experiences of Vadim at school and with women before he turns to drug abuse and the philosophical reflections to which it gives rise. Although Ageyev makes little explicit reference to the Revolution, the novel’s obsession with addictive forms of thinking finds resonance in the historical background, in which “our inborn feelings of humanity and justice” provoke “the cruelties and satanic transgressions committed in its name.

And if all womankind banded together and took the male path, the world would turn into one huge brothel.

I was terrified as only grown men and women can be when they wake in the middle of the night and begin to realize, in the absolute silence and solitude all around them, that it is not only their dream that has woken them, that it is their whole way of life.

Finally, when all was said and done, the certainty (so often experienced, yet always new) that female charms, the kind that inflame the senses, are no more than kitchen smells: they tease you when you’re hungry and disgust you when you’ve had your fill.

To begin with, I had never done any good deeds; besides, even if I had simply fabricated a few, I would not have enjoyed going on about them.