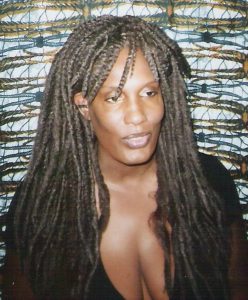 Egyptian-Sudanese-American novelist and poet KOLA BOOF is the author of several provocative books including The Sexy Part of the Bible, Flesh and the Devil, Long Train to the Redeeming Sin and Virgins In the Beehive. Her writing has appeared in Harper’s and the story collection Politically Inspired. Her autobiography, Diary of a Lost Girl, was published in 2006. She has been interviewed by MSNBC, FOX News, and CNN; and has been featured in TV Guide, Time, the New York Post, and the New York Times. She lives between Harlem and Southern California. 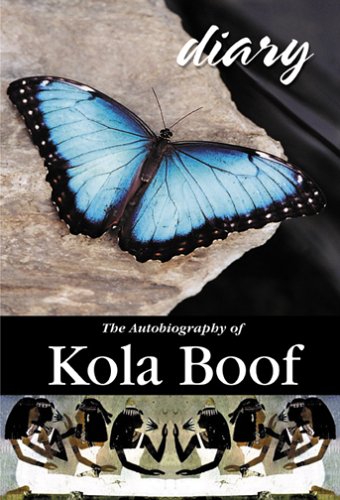 Diary of a Lost Girl

Kola Boof’s long awaited autobiography “Diary of a Lost Girl” is nothing less than magnificent. Many will be spellbound by more than 90 pages detailing her terrifying experience as Osama Bin Laden’s former mistress, but the Sudanese-born Novelist/Poet writes even more profoundly about the hardships of being vaginally circumcised, about witnessing her birth parents killed in her presence as a small child, about slavery and Arabism in Sudan, about being adopted and raised in the U.S. by African Americans, about her quest for true love, and in one particularly daring chapter, about her hopes for the future of her sons. Add to that years of psychiatric treatment, a struggle with manic anger and quite a few daring romances other than Bin Laden and you’ve got the perfect ingredients for a feature film.

Critically acclaimed for her powerful novels “Flesh and the Devil”, “Pure Nigger Evil” and the classic short story collection, “Long Train to the Redeeming Sin”…I’m now convinced that there’s no way Kola Boof could ever create a fictional character in one of her novels that is more glamorous, sad, enigmatic and intriguing than she herself is in real life. 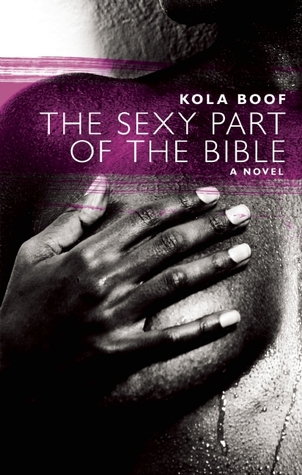 The Sexy Part of the Bible

Set in modern-day West Africa, Europe and the U.S., this novel features the kind of heroine readers rarely get to encounter in popular culture. Beautiful, charcoal-skinned Eternity, a spirited and diabolical young African hellcat, is stigmatized by a heart-stopping secret.

But somehow, once you start playing behind the steering wheel of God, you realize just how powerful it is to be the imagination driving the natural world (64).

And though this encounter took place against an African sky, our brief enchantment symbolized the new world’s greatest taboo – the hand of a very black man caressing the face of the blackest woman, with no shred of light entering into it, utter darkness alone representing God (71).

My look, mind you, is not chocolate like Lauryn Hill, Whoopi Goldberg, or Naomi Campbell – it is pitch black and shimmering like the purple outer space of the universe. I am the charcoal that creates diamonds. I am the blackest black woman (41).