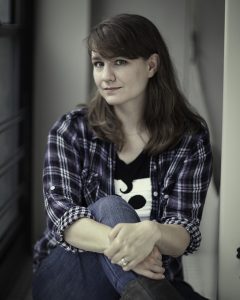 I’m also the author of the novels Josie and Jack and Last Seen Leaving, both published by Houghton Mifflin Harcourt. Those two don’t have any orcas in them, but I like to think they’re still good. 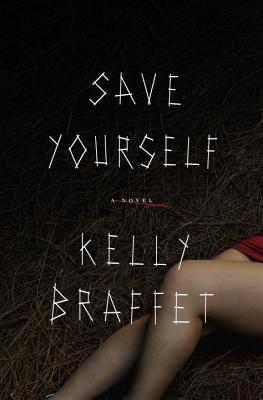 Save Yourself has the narrative flair of Gillian Flynn and Adam Ross, the scruffy appeal of Donald Ray Pollock, and the addictiveness of Breaking Bad.

Patrick Cusimano is in a bad way. His father is in jail, he works the midnight shift at a grubby convenience store, and his brother’s girlfriend, Caro, has taken their friendship to an uncomfortable new level. On top of all that, he can’t quite shake the attentions of Layla Elshere, a goth teenager who befriends Patrick for reasons he doesn’t understand and doesn’t fully trust. The temptations these two women offer are pushing him to his breaking point.

Meanwhile, Layla’s little sister, Verna, is suffering through her first year of high school. She’s become a prime target for her cruel classmates, not just because of her strange name and her fundamentalist parents: Layla’s bad-girl rep proves to be too huge a shadow for Verna, so she falls in with her sister’s circle of outcasts and misfits whose world is far darker than she ever imagined.

Kelly Braffet’s characters, indelibly portrayed and richly varied, are all on their own twisted paths to finding peace. The result is a novel of unnerving power-darkly compelling, addictively written, and shockingly honest.

Hate can be just as intimate as love.

All he would say was that sometimes you have to burn it down and start over.

Nature has a pretty sick sense of humor.

Logic is what the devil likes most.