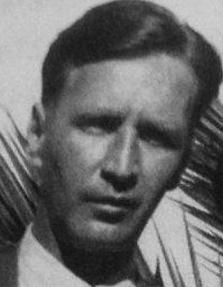 James Myers Thompson was a United States writer of novels, short stories and screenplays, largely in the hardboiled style of crime fiction.

Thompson wrote more than thirty novels, the majority of which were original paperback publications by pulp fiction houses, from the late-1940s through mid-1950s. Despite some positive critical notice, notably by Anthony Boucher in the New York Times, he was little-recognized in his lifetime. Only after death did Thompson’s literary stature grow, when in the late 1980s, several novels were re-published in the Black Lizard series of re-discovered crime fiction.

Thompson’s writing culminated in a few of his best-regarded works: The Killer Inside Me, Savage Night, A Hell of a Woman and Pop. 1280. In these works, Thompson turned the derided pulp genre into literature and art, featuring unreliable narrators, odd structure, and surrealism.

The writer R.V. Cassills has suggested that of all pulp fiction, Thompson’s was the rawest and most harrowing; that neither Dashiell Hammett nor Raymond Chandler nor even Horace McCoy, author of the bleak They Shoot Horses, Don’t They?, ever “wrote a book within miles of Thompson”. [1] Similarly, in the introduction to Now and on Earth, Stephen King says he most admires Thompson’s work because “The guy was over the top. The guy was absolutely over the top. Big Jim didn’t know the meaning of the word stop. There are three brave lets inherent in the forgoing: he let himself see everything, he let himself write it down, then he let himself publish it.”

Thompson admired Fyodor Dostoevsky and was nicknamed “Dimestore Dostoevsky” by writer Geoffrey O’Brien. Film director Stephen Frears, who directed an adaptation of Thompson’s The Grifters as 1990’s The Grifters, also identified elements of Greek tragedy in his themes. 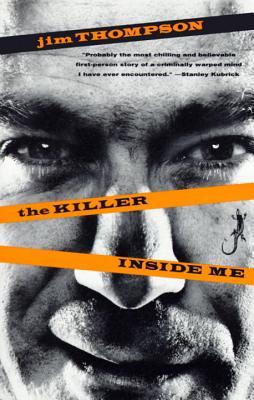 The Killer Inside Me

Everyone in the small town of Central City, Texas loves Lou Ford. A deputy sheriff, Lou’s known to the small-time criminals, the real-estate entrepreneurs, and all of his coworkers–the low-lifes, the big-timers, and everyone in-between–as the nicest guy around. He may not be the brightest or the most interesting man in town, but nevertheless, he’s the kind of officer you’re happy to have keeping your streets safe. The sort of man you might even wish your daughter would end up with someday.

But behind the platitudes and glad-handing lurks a monster the likes of which few have seen. An urge that has already claimed multiple lives, and cost Lou his brother Mike, a self-sacrificing construction worker who fell to his death on the job in what was anything but an accident. A murder that Lou is determined to avenge–and if innocent people have to die in the process, well, that’s perfectly all right with him.

In The Killer Inside Me, Thompson goes where few novelists have dared to go, giving us a pitch-black glimpse into the mind of the American Serial Killer years before Charles Manson, John Wayne Gacy, and Brett Easton Ellis’s American Psycho, in the novel that will forever be known as the master performance of one of the greatest crime novelists of all time. 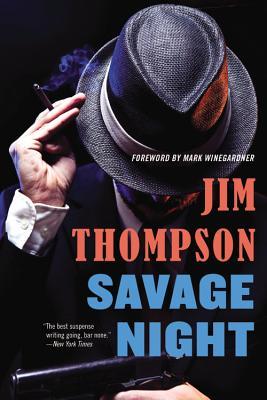 Jake Winroy had no looks, no education, and little else before he’d worked his way to the top of a million-dollar-a-month horse-betting ring. But when the state’s latched onto his game, the feds take a bite and the lawyer fees eat away at the rest, all Jake’s got left is the bottle and a beautiful wife whose every word is ugly.

Jake’s to be the top witness in a major case against organized crime–if he hasn’t already kicked the bucket before the trial has its day in court. But an enigmatic mafioso known only as The Man has a plan to make dead certain Jake never gets the chance to testify.

The Man’s hired Charlie “Little” Bigger, a hit man barely five feet tall, to infiltrate the Winroy residence as a tenant and murder Winroy in cold blood. To Little, it seems like the easiest job on Earth. Until he lays eyes on the beautiful and dangerous Fay and the Winroy’s young housemaid Ruth, a woman as sensual as she is vulnerable. SAVAGE NIGHT is Jim Thompson at his most unpredictable and deeply suspenseful, in a claustrophobic thriller of one man’s fractured mind.

A weed is a plant out of place.

There are thirty-two ways to write a story, and I’ve used every one, but there is only one plot – things are not as they seem.

I kissed her, a long hard kiss. Because baby didn’t know it, but baby was dead, and in a way I couldn’t have loved her more.

There are things that have to be forgotten if you want to go on living.

Life is a bucket of shit with a barbed wire handle.