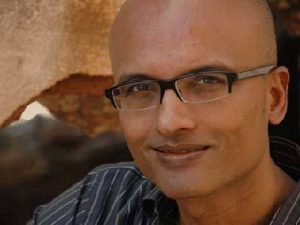 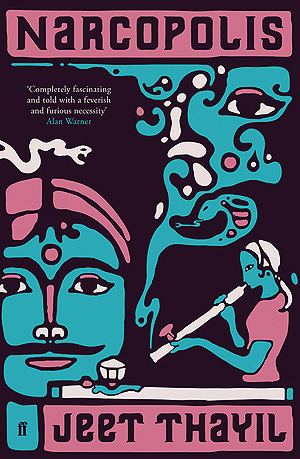 Shuklaji Street, in Old Bombay. In Rashid’s opium room the air is thick and potent. A beautiful young woman leans to hold a long-stemmed pipe over a flame, her hair falling across her dark eyes. Around her, men sprawl and mutter in the gloom, each one drifting with his own tide. Here, people say that you introduce only your worst enemy to opium.

Outside, stray dogs lope in packs. Street vendors hustle. Hookers call for custom through the bars of their cages as their pimps slouch in doorways in the half-light. There is an underworld whisper of a new terror: the Pathar Maar, the stone killer, whose victims are the nameless, invisible poor. There are too many of them to count in this broken city.

Narcopolis is a rich, chaotic, hallucinatory dream of a novel that captures the Bombay of the 1970s in all its compelling squalor. With a cast of pimps, pushers, poets, gangsters and eunuchs, it is a journey into a sprawling underworld written in electric and utterly original prose.

You’ve got to face facts and the fact is life is a joke, a fucking bad joke, or, no, a bad fucking joke. There’s no point taking it seriously because whatever happens, and I mean whatever the fuck, the punch line is the same: you go out horizontally. You see the point? No fucking point.

Then there are the addicts, the hunger addicts, the rage addicts, the poverty addicts , and power addicts, and the pure addicts who are addicted not to substances but to the oblivion and the tenderness the substances engender. An addict, if you don’t mind me saying so, is like a saint. What is a saint but someone who has cut himself off, voluntarily, from the world’s traffic and currency.

The world is on fire; time is a bomb.
Ten thousand years are not enough
When so much remains to be done

We’re waiting for a glance or a word, some acknowledgement that we are here.

Women are more evolved biologically and emotionally, that’s well known
and it’s obvious. But they confuse sex and the spirit; they don’t
separate. Men, as you know, always separate: they separate
their human and dog natures.