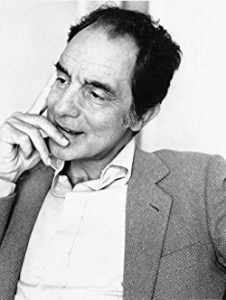 Italo Calvino was born in Cuba and grew up in Italy. He was a journalist and writer of short stories and novels. His best known works include the Our Ancestors trilogy (1952-1959), the Cosmicomics collection of short stories (1965), and the novels Invisible Cities(1972) and If On a Winter’s Night a Traveler (1979).

His style is not easily classified; much of his writing has an air of the fantastic reminiscent of fairy tales (Our Ancestors, Cosmicomics), although sometimes his writing is more “realistic” and in the scenic mode of observation (Difficult Loves, for example). Some of his writing has been called postmodern, reflecting on literature and the act of reading, while some has been labeled magical realist, others fables, others simply “modern”. He wrote: “My working method has more often than not involved the subtraction of weight. I have tried to remove weight, sometimes from people, sometimes from heavenly bodies, sometimes from cities; above all I have tried to remove weight from the structure of stories and from language.” 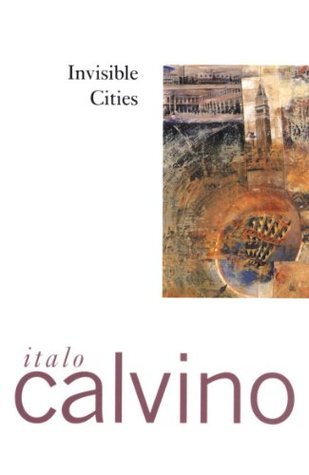 “Kublai Khan does not necessarily believe everything Marco Polo says when he describes the cities visited on his expeditions, but the emperor of the Tartars does continue listening to the young Venetian with greater attention and curiosity than he shows any other messenger or explorer of his.” So begins Italo Calvino’s compilation of fragmentary urban images. As Marco tells the khan about Armilla, which “has nothing that makes it seem a city, except the water pipes that rise vertically where the houses should be and spread out horizontally where the floors should be,” the spider-web city of Octavia, and other marvelous burgs, it may be that he is creating them all out of his imagination, or perhaps he is recreating details of his native Venice over and over again, or perhaps he is simply recounting some of the myriad possible forms a city might take. 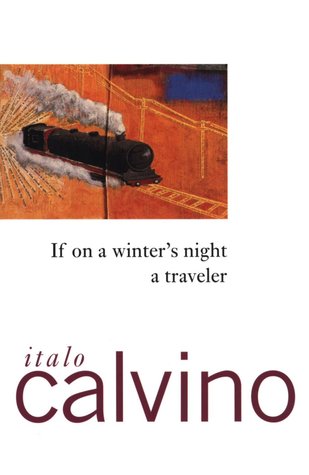 If on a Winter’s Night a Traveller

If on a Winter’s Night a Traveler is a marvel of ingenuity, an experimental text that looks longingly back to the great age of narration–“when time no longer seemed stopped and did not yet seem to have exploded.” Italo Calvino’s novel is in one sense a comedy in which the two protagonists, the Reader and the Other Reader, ultimately end up married, having almost finished If on a Winter’s Night a Traveler. In another, it is a tragedy, a reflection on the difficulties of writing and the solitary nature of reading. The Reader buys a fashionable new book, which opens with an exhortation: “Relax. Concentrate. Dispel every other thought. Let the world around you fade.” Alas, after 30 or so pages, he discovers that his copy is corrupted, and consists of nothing but the first section, over and over. Returning to the bookshop, he discovers the volume, which he thought was by Calvino, is actually by the Polish writer Bazakbal. Given the choice between the two, he goes for the Pole, as does the Other Reader, Ludmilla. But this copy turns out to be by yet another writer, as does the next, and the next.
The real Calvino intersperses 10 different pastiches–stories of menace, spies, mystery, premonition–with explorations of how and why we read, make meanings, and get our bearings or fail to. Meanwhile the Reader and Ludmilla try to reach, and read, each other. If on a Winter’s Night is dazzling, vertiginous, and deeply romantic. “What makes lovemaking and reading resemble each other most is that within both of them times and spaces open, different from measurable time and space.”

If one wanted to depict the whole thing graphically, every episode, with its climax, would require a three-dimensional, or, rather, no model: every experience is unrepeatable. What makes lovemaking and reading resemble each other most is that within both of them times and spaces open, different from measurable time and space.

What harbor can receive you more securely than a great library?

Arriving at each new city, the traveler finds again a past of his that he did not know he had: the foreignness of what you no longer are or no longer possess lies in wait for you in foreign, unpossessed places.

Cities, like dreams, are made of desires and fears, even if the thread of their discourse is secret, their rules are absurd, their perspectives deceitful, and everything conceals something else.

Melancholy is sadness that has taken on lightness.