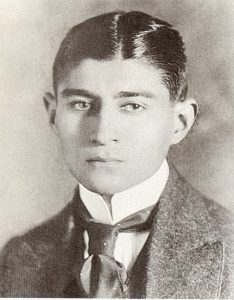 Franz Kafka was one of the major fiction writers of the 20th century. He was born to a middle-class German-speaking Jewish family in Prague, Bohemia (presently the Czech Republic), Austria–Hungary. His unique body of writing—much of which is incomplete and which was mainly published posthumously—is considered to be among the most influential in Western literature.

Kafka’s first language was German, but he was also fluent in Czech. Later, Kafka acquired some knowledge of French language and culture; one of his favorite authors was Flaubert.

Kafka first studied chemistry at the Charles-Ferdinand University of Prague, but switched after two weeks to law. This offered a range of career possibilities, which pleased his father, and required a longer course of study that gave Kafka time to take classes in German studies and art history. At the university, he joined a student club, named Lese- und Redehalle der Deutschen Studenten, which organized literary events, readings and other activities. In the end of his first year of studies, he met Max Brod, who would become a close friend of his throughout his life, together with the journalist Felix Weltsch, who also studied law. Kafka obtained the degree of Doctor of Law on 18 June 1906 and performed an obligatory year of unpaid service as law clerk for the civil and criminal courts.

Kafka’s writing attracted little attention until after his death. During his lifetime, he published only a few short stories and never finished any of his novels, unless “The Metamorphosis” is considered a (short) novel. Prior to his death, Kafka wrote to his friend and literary executor Max Brod: “Dearest Max, my last request: Everything I leave behind me … in the way of diaries, manuscripts, letters (my own and others’), sketches, and so on, [is] to be burned unread.” Brod overrode Kafka’s wishes, believing that Kafka had given these directions to him specifically because Kafka knew he would not honor them—Brod had told him as much. Brod, in fact, would oversee the publication of most of Kafka’s work in his possession, which soon began to attract attention and high critical regard.

Max Brod encountered significant difficulty in compiling Kafka’s notebooks into any chronological order as Kafka was known to start writing in the middle of notebooks, from the last towards the first, etc.

All of Kafka’s published works, except several letters he wrote in Czech to Milena Jesenská, were written in German. 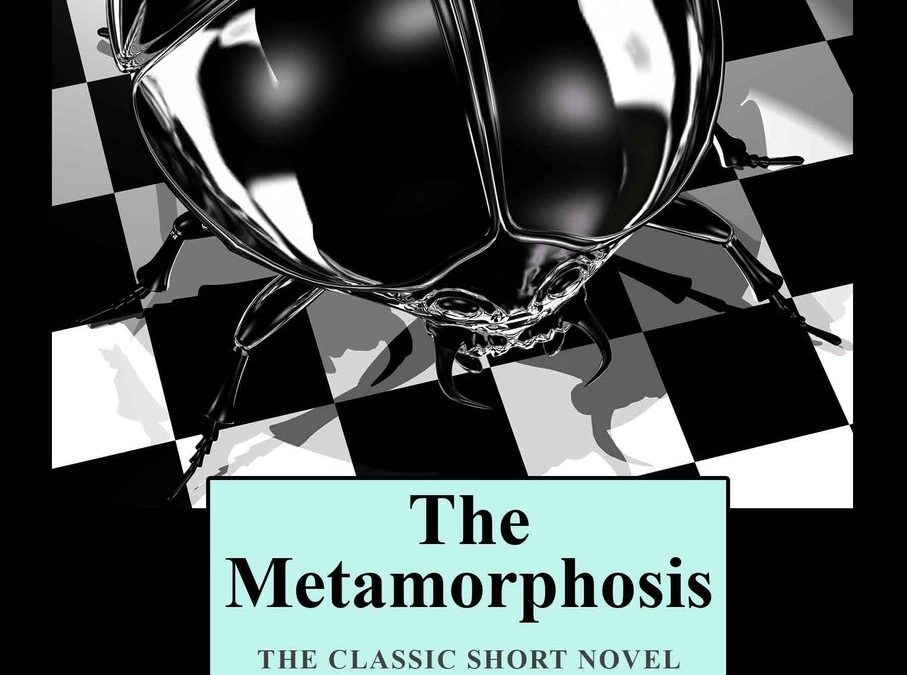 “As Gregor Samsa awoke one morning from uneasy dreams he found himself transformed in his bed into a gigantic insect. He was laying on his hard, as it were armor-plated, back and when he lifted his head a little he could see his domelike brown belly divided into stiff arched segments on top of which the bed quilt could hardly keep in position and was about to slide off completely. His numerous legs, which were pitifully thin compared to the rest of his bulk, waved helplessly before his eyes.”

With this startling, bizarre, yet surprisingly funny first opening, Kafka begins his masterpiece, The Metamorphosis. It is the story of a young man who, transformed overnight into a giant beetle-like insect, becomes an object of disgrace to his family, an outsider in his own home, a quintessentially alienated man. A harrowing — though absurdly comic — meditation on human feelings of inadequacy, guilt, and isolation, The Metamorphosis has taken its place as one of the most widely read and influential works of twentieth-century fiction. As W.H. Auden wrote, “Kafka is important to us because his predicament is the predicament of modern man.” 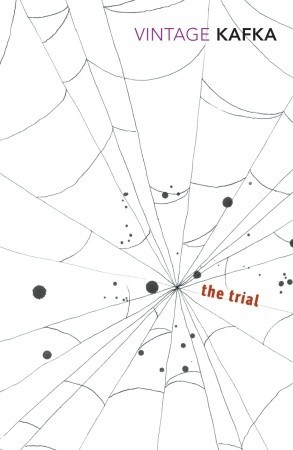 Written in 1914 but not published until 1925, a year after Kafka’s death, The Trial is the terrifying tale of Josef K., a respectable bank officer who is suddenly and inexplicably arrested and must defend himself against a charge about which he can get no information. Whether read as an existential tale, a parable, or a prophecy of the excesses of modern bureaucracy wedded to the madness of totalitarianism, The Trial has resonated with chilling truth for generations of readers.

I think we ought to read only the kind of books that wound and stab us.

Writing is utter solitude, the descent into the cold abyss of oneself.

A book must be the axe for the frozen sea within us.

I am free and that is why I am lost.

The meaning of life is that it stops.

I am in chains. Don’t touch my chains.

I have the true feeling of myself only when I am unbearably unhappy.

Don’t bend; don’t water it down; don’t try to make it logical; don’t edit your own soul according to the fashion. Rather, follow your most intense obsessions mercilessly.

All language is but a poor translation.

There is an infinite amount of hope in the universe … but not for us.

It’s only because of their stupidity that they’re able to be so sure of themselves.