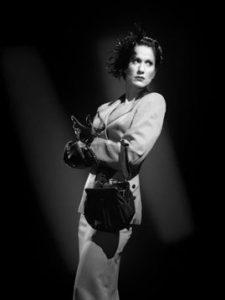 Christa Faust is the author of eleven novels, including the Edgar and Anthony award nominated MONEY SHOT, CHOKE HOLD, and HOODTOWN, as well as the Scribe award winning novelization of SNAKES ON A PLANE and hardboiled lesbian P.I. series BUTCH FATALE: DYKE DICK.

She grew up in New York City, in the Bronx and Hell’s Kitchen. She’s been making stuff up her whole life, and spent most of her teen years on endless subway rides, cutting school and scribbling stories.

She sold her first short story when she moved to Los Angeles in the early 90s. After nearly 20 years in her beloved adopted city, she still considers herself an expat rather than a native.

She’s an avid reader and collector of vintage paperbacks, a Film Noir enthusiast and a Tattooed Lady. She writes primarily Hardboiled crime fiction, but also does work-for-hire media tie in novels. 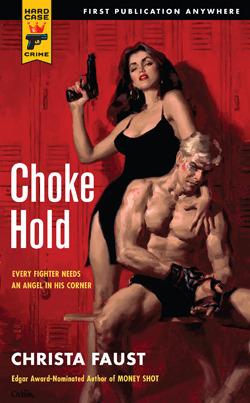 INSIDE THE WORLD OF MIXED MARTIAL ARTS—AND MURDER… 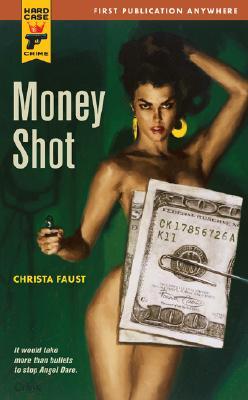 I hate malls. They’re like strip clubs for women. All tease and sparkle and the empty promise that if you just drop enough cash, somehow you’ll be fulfilled.