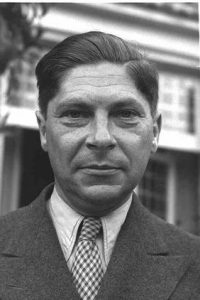 He was born into a Hungarian Jewish family in Budapest but, apart from his early school years, was educated in Austria. His early career was in journalism. In 1931 he joined the Communist Party of Germany but, disillusioned, he resigned from it in 1938 and in 1940 published a devastating anti-Communist novel, Darkness at Noon, which propelled him to instant international fame.

Over the next forty-three years he espoused many causes, wrote novels and biographies, and numerous essays. In 1968 he was awarded the prestigious and valuable Sonning Prize “For outstanding contribution to European culture”, and in 1972 he was made a “Commander of the British Empire” (CBE).

In 1976 he was diagnosed with Parkinson’s disease and three years later with leukaemia in its terminal stages. He committed suicide in 1983 in London. 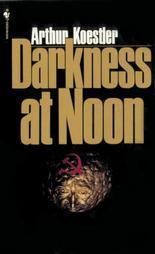 Originally published in 1941, Arthur Koestler’s modern masterpiece, Darkness At Noon, is a powerful and haunting portrait of a Communist revolutionary caught in the vicious fray of the Moscow show trials of the late 1930s.

During Stalin’s purges, Nicholas Rubashov, an aging revolutionary, is imprisoned and psychologically tortured by the party he has devoted his life to. Under mounting pressure to confess to crimes he did not commit, Rubashov relives a career that embodies the ironies and betrayals of a revolutionary dictatorship that believes it is an instrument of liberation.

A seminal work of twentieth-century literature, Darkness At Noon is a penetrating exploration of the moral danger inherent in a system that is willing to enforce its beliefs by any means necessary.

Creative activity is a type of learning process where the teacher and pupil are located in the same individual.

The principle that the end justifies the means is and remains the only rule of political ethics; anything else is just a vague chatter and melts away between one’s fingers.

History had a slow pulse; man counted in years, history in generations

Nothing is more sad than the death of an illusion.

The principal mark of genius is not perfection but originality, the opening of new frontiers.

I went to Communism as one goes to a spring of fresh water, and I left Communism as one clambers out of a poisoned river strewn with the wreckage of flooded cities and the corpses of the drowned.