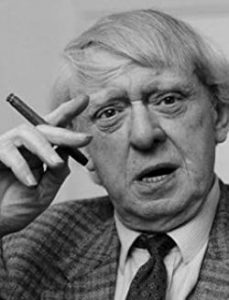 Anthony Burgess was a British novelist, critic and composer. He was also a librettist, poet, playwright, screenwriter, essayist, travel writer, broadcaster, translator, linguist and educationalist. Born in Manchester, he lived for long periods in Southeast Asia, the USA and Mediterranean Europe as well as in England. His fiction includes the Malayan trilogy (The Long Day Wanes) on the dying days of Britain’s empire in the East; the Enderby quartet of novels about a poet and his muse; Nothing Like the Sun, a recreation of Shakespeare’s love-life; A Clockwork Orange, an exploration of the nature of evil; and Earthly Powers, a panoramic saga of the 20th century. He published studies of Joyce, Hemingway, Shakespeare and Lawrence, produced the treatises on linguistics Language Made Plain and A Mouthful of Air, and was a prolific journalist, writing in several languages. He translated and adapted Cyrano de Bergerac, Oedipus the King, and Carmen for the stage; scripted Jesus of Nazareth and Moses the Lawgiver for the screen; invented the prehistoric language spoken in Quest for Fire; and composed the Sinfoni Melayu, the Symphony (No. 3) in C, and the opera Blooms of Dublin.

A vicious fifteen-year-old “droog” is the central character of this 1963 classic, whose stark terror was captured in Stanley Kubrick’s magnificent film of the same title.

In Anthony Burgess’s nightmare vision of the future, where criminals take over after dark, the story is told by the central character, Alex, who talks in a brutal invented slang that brilliantly renders his and his friends’ social pathology. A Clockwork Orange is a frightening fable about good and evil, and the meaning of human freedom. When the state undertakes to reform Alex—to “redeem” him—the novel asks, “At what cost?”

The important thing is moral choice. Evil has to exist along with good, in order that moral choice may operate. Life is sustained by the grinding opposition of moral entities.

I see what is right and approve, but I do what is wrong.

But what I do I do because I like to do.

Laugh and the world laughs with you, snore and you sleep alone.

To be left alone is the most precious thing one can ask of the modern world.

Every grain of experience is food for the greedy growing soul of the artist.

When a man cannot choose, he ceases to be a man.

We can destroy what we have written, but we cannot unwrite it.

Is it better for a man to have chosen evil than to have good imposed upon him?