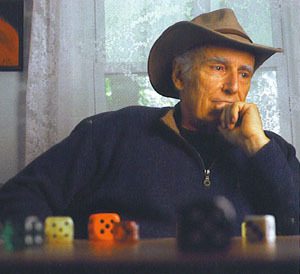 Luke Rhinehart is the pen name of the author George Cockcroft.

George Cockcroft was born in the United States, son of an engineer and a civil servant. He received a BA from Cornell University and an MA from Columbia University. Subsequently he received a PhD in psychology, also from Columbia. He married his wife, Ann, on June 30, 1956. He has three children.

After obtaining his PhD, he went into teaching. During his years as a university teacher he taught, among other things, courses in Zen and Western literature. He first floated the idea of living according to the casting of dice in a lecture. The reaction was reportedly of equal parts intrigue and disgust, and it was at this point he realized it could become a novel. Cockcroft began experimenting with dice a long time before writing The Dice Man, but this made progress on the novel rather slow.

In 1971, a London based publisher, Talmy Franklin, published The Dice Man, Cockcroft’s first novel as Luke Rhinehart. Soon afterwards, he was engaged in the creation of a dice center in New York City.

In 1975, he was involved in a round-the-world voyage in a large trimaran ketch. Later, he spent some time in a sailboat in the Mediterranean, where he taught English and from there moved to a former Sufi retreat on the edge of a lake in Canaan, New York.

On 1 August 2012, at the age of 80, Cockcroft arranged for his own death to be announced. It was later revealed as a joke. 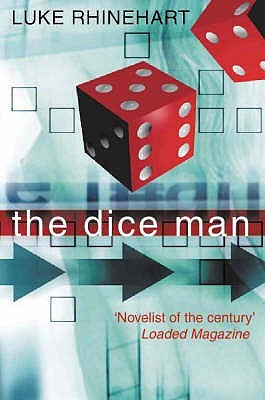 The cult classic that can still change your life…Let the dice decide! This is the philosophy that changes the life of bored psychiatrist Luke Rhinehart – and in some ways changes the world as well. Because once you hand over your life to the dice, anything can happen. Entertaining, humorous, scary, shocking, subversive, The Dice Man is one of the cult bestsellers of our time.

I hated myself and the world because I had failed to face and accept the limitations of my self and of life. In literature this refusal is called romanticism; in psychology, neurosis.

It’s the way a man chooses to limit himself that determines his character. A man without habits, consistency, redundancy – and hence boredom – is not human. He’s insane.

Give up all hope, all illusion, all desire..I’ve tried. I’ve tried and still I desire, I still desire not to desire and hope to be without hope and have the illusion I can be without illusions..Give up, I say. Give up everything, including the desire to be saved.

There is something fundamentally wrong with the way we normally live our lives and we’d sort of like to find out what it is.

We got married: society’s solution to loneliness, lust and laundry.