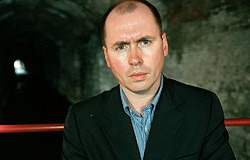 David Peace was born in 1967 and grew up in Ossett, near Wakefield. He left Manchester Polytechnic in 1991, and went to Istanbul to teach English. In 1994 he took up a teaching post in Tokyo and now lives there with his family.

His formative years were shadowed by the activities of the Yorkshire Ripper, and this had a profound influence on him which led to a strong interest in crime. His quartet of Red Riding books grew from this obsession with the dark side of Yorkshire. These are powerful novels of crime and police corruption, using the Yorkshire Ripper as their basis and inspiration. They are entitled Nineteen Seventy-Four, (1999), Nineteen Seventy-Seven(2000), Nineteen Eighty (2001), and Nineteen Eighty-Three (2002), and have been translated into French, Italian, German and Japanese.

In 2003 David Peace was named by Granta magazine as one of twenty “Best Young British Novelists.” His novel GB84, set during the 1984 miners’ strike, was published in 2005. 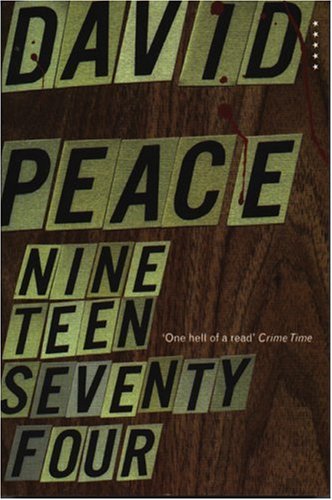 It’s winter, 1974, Yorkshire, and Ed Dunford’s got the job he wanted. Crime correspondent for the Evening Post. He didn’t know it was going to be a season in hell. A dead little girl with a swan’s wings stitched to her back. A gypsy camp in a ring of fire. Corruption everywhere you look.

In Nineteen Seventy Four, David Peace brings passion and stylistic bravado to this terrifyingly intense journey into a secret history of sexual obsession, greed and sadism.

I was miles and years away and then suddenly aware my hour was at hand, feeling all their eyes on me.

My father used to say, ‘If you want to know the artist, look at the art’.
He was usually talking about Stanley Matthews or Don Bradman when he said it.

Uncle Eric holding court, proud the only time he ever left Yorkshire was to kill Germans.