Allan C. Weisbecker is a 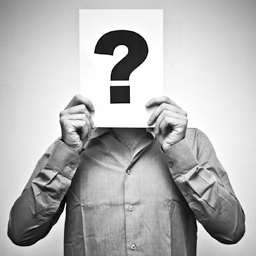 screenwriter, memoirist and surfer. He is the author of the “cheerfully immoral novel” Cosmic Banditos, the memoir In Search of Captain Zero and Can’t You Get Along With Anyone? A Writer’s Memoir and a Tale of a Lost Surfer’s Paradise.

Allan has also written for several surfing magazines, including Surfer, Surfing and The Surfer’s Journal, as well as scripting episodes of the television series Crime Story and Miami Vice. A movie version of Cosmic Banditos directed by John Cusack is currently in the works.

In late 2006 his third book Can’t You Get Along With Anyone? A Writer’s Memoir and Tale of a Lost Surfer’s Paradise, a memoir about his life at the end of the road in Costa Rica, was published. Initially, the book was published in the UK by Humdrumming LLC, in limited quantities. Weisbecker alleges to have narrowly survived the chronicled events that transpired during the writing of the book. In May, 2007 Weisbecker created his own publishing company, Bandito Books and in August, 2007 the book became available in the US.

Can’t You Get Along With Anyone?, among other things, uncovers the inner workings of the squatter conflicts and an associated double murder that occurred in Costa Rica during the mid-1990s. 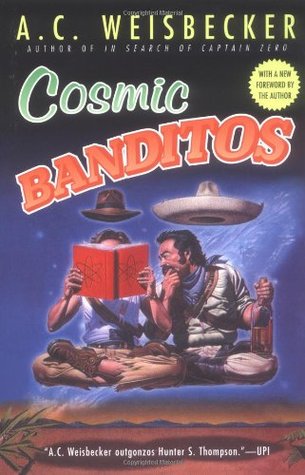 Mr. Quark is a down-on-his luck pot-smuggler hiding out in the mountains of Colombia with his dog, High Pockets, and a small band of banditos led by the irascible Jose. Only months before, these three and their fearless associates were rolling in millions in cash and high-grade marijuana, eluding prosecution on “ridiculously false” drug and terrorism charges. But times have quickly grown lean, and to liven up their exile, Jose decides to mug a family of American tourists.

Among the spoils are physics texts, which launch Mr. Quark on a side-splitting, boisterous adventure north to California, where he confronts the owner of the books with his own theories on relativity, the nature of the universe, and looking for the meaning of life in all the wrong places…. 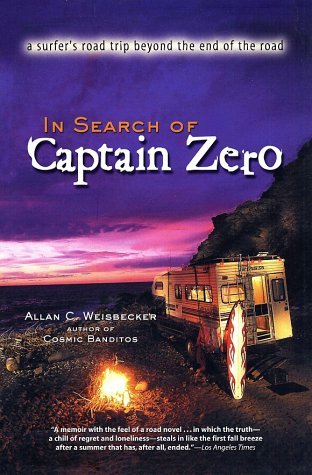 In Search of Captain Zero

In 1996, Allan Weisbecker sold his home and his possessions, loaded his dog and surfboards into his truck, and set off in search of his long-time surfing companion, Patrick, who had vanished into the depths of Central America. In this rollicking memoir of his quest from Mexico to Costa Rica to unravel the circumstances of Patrick’s disappearance, Weisbecker intimately describes the people he befriended, the bandits he evaded, the waves he caught and lost en route to finding his friend.

In Search of Captain Zero is, according to Outside magazine, “A subtly affecting tale of friendship and duty. deserves a spot on the microbus dashboard as a hell of a cautionary tale about finding paradise and smoking it away.”In Search of Captain Zero: A Surfer’s Road Trip Beyond the End of the Road is a Booksense 76 Top Ten selection for September/October.

If you can’t annoy somebody, there’s little point in writing.